Everywhere you look in Rome, there’s history. Dubbed the Eternal City for withstanding millennia of history-altering events, Rome has also been a hub of art for many centuries. The Italian capital has hosted some of the most incredible artists the world has ever seen, with the likes of Gian Lorenzo Bernini, Michelangelo, Raphael and Caravaggio creating beautiful pieces to adorn the city. These gorgeous paintings, statues and buildings survive now in all their original splendor, inspiring new generations of creative people from everywhere on Earth. When you visit Rome, you can see some of the greatest works of these incredible artists for yourself on the Bernini tour!

Rome has been built and rebuilt countless times over the course of the centuries, and there are traces of every era all over the city. Depending on where you are, you’ll find yourself entranced by ruins from imperial times, beautiful Baroque architecture or breathtaking pieces from the Italian Renaissance. Art lovers will always find a million things to fall in love with in the incredible open-air museum that is Rome. The only inconvenience is that in a city where everything is outstanding, where can you start finding the treasures?

The “In The Footsteps of Bernini, Caravaggio, Raphael And Michelangelo” tour is a great place to get acquainted with the work of three of the greatest Italian masters. This is a private tour that you can easily tailor to what you and your group really want to see. You’ll be shown around some of the most astonishing sculptures, buildings and paintings created by the likes of Bernini, Caravaggio, Raphael and Michaelangelo. Guided by a local guide who loves art as much as you do, you’ll get a real-life introduction to two of the greatest periods of Italian art, the Renaissance and the Baroque. 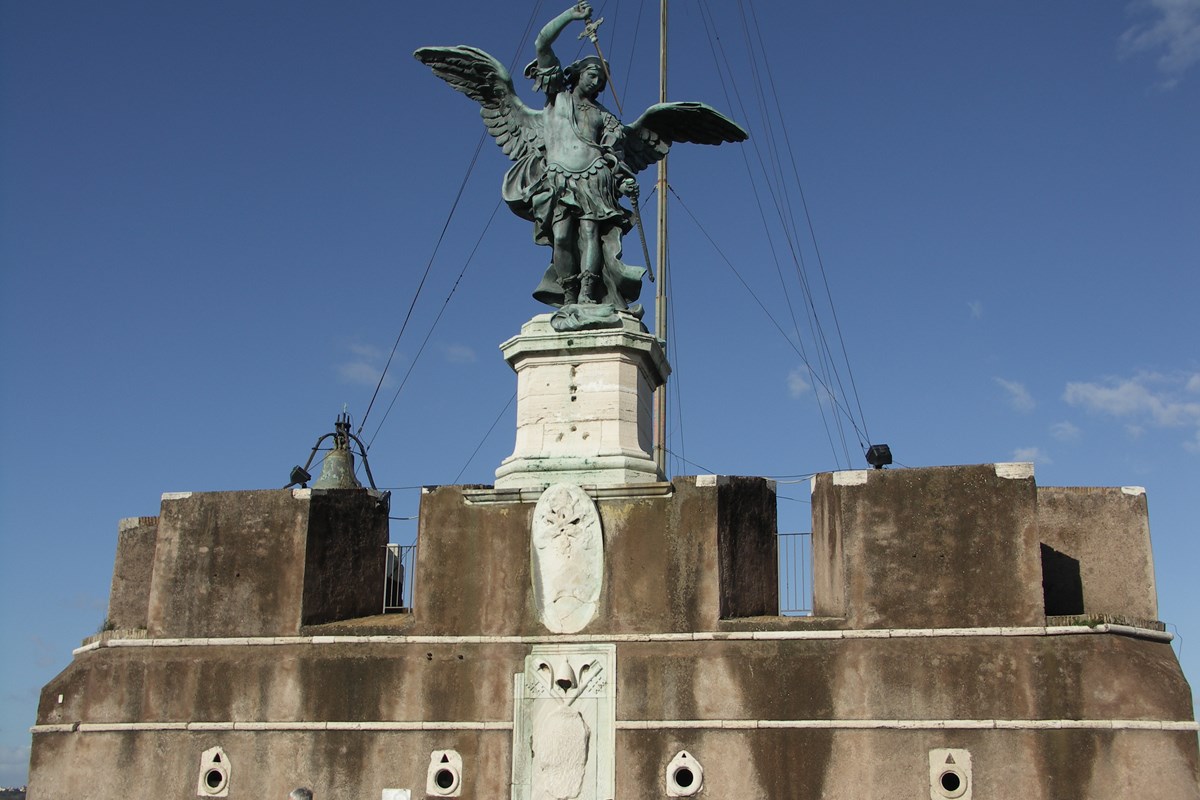 What Will You Get from the Bernini Tour Rome?

On the private Bernini tour, a guide will teach you about some of the most imposing works by the greatest Italian masters of the Renaissance and Baroque. Some of the things you can expect from this tour include:

• A private, knowledgeable guide showing you the secrets of these incredible pieces and the artists behind them
• A flexible experience, with a start date that works for you and the members of your group
• Visiting the places you want to see, as you can get in touch with providers for a custom tour with an itinerary that fits your specific interests
• Varying prices depending on group sizes starting at $210.62
• Approximately 3 hours delving into Rome’s rich history of art, focusing on the greats who made the city the art gem it is today
• Available tour guides in English, Spanish, German, French, Portuguese, Italian and Russian

Who Can Go on the Bernini Tour Rome?

All travelers are welcome to this tour. However, since it requires a fair amount of walking, it’s not friendly to people with reduced mobility. This includes people in wheelchairs.

Which Rome Landmarks Does the Tour Cover?

Keep in mind that this is a custom tour at heart, so you can get in touch with the tour provider for an experience that best fits the interests of everyone in your group. That said, the basic tour will get you to the following Rome attractions: 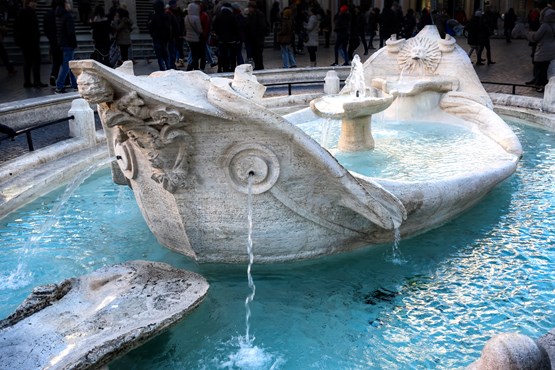 • Piazza di Spagna. At the foot of the iconic Spanish Steps, you’ll find the Fontana della Barcaccia (Fountain of the Boat) from the early Baroque. It was begun by Pietro Bernini and finished by his son Gian Lorenzo, perhaps the most famous Baroque artist.
• Basilica di Sant'Andrea delle Fratte. At the sides of Saint Andrew Basilica’s presbyterythe "Angel with the Crown of Thorns" and the "Angel with the Scroll".
• Basilica di Sant'Agostino in Campo Marzio. The mother church of the Catholic Order of Saint Augustine, this minor basilica has artwork by some of best known Italian artists of all time. Here, you'll find breathtaking paintings by Caravaggio and Raphael, plus some work by Bernini.

Who Are These Four Italian Masters?

Back in the day, artists were masters not only because of their mastery of techniques, but also because they were teachers. Many of them had workshops where they shared their techniques and views of art to talented students who continued their traditions for the next generation.

Come into this lovely tour with a little bit of background about the artists whose footsteps you’ll be following!

Alongside Leonardo da Vinci, Michelangelo is easily the most widely known artist from the Renaissance. His full name was Michelangelo di Lodovico Buonarroti Simoni and he was a true Renaissance Man, in every sense of the word: he was a great sculptor, painter, architect and poet. To this day, nearly 500 years after his death, his sculptures and paintings remain among the most recognizable in the world. Most famously, he spent four years finishing the most well-known frescoes in the world: those on the ceiling and wall of the Sistine Chapel.
Vatican City: La Pietà sculpture on Saint Peter’s Basilica, the Sistine Chapel ceiling and wall (including the Creation of Adam and the Last Judgment).
Castel Sant'Angelo: the Chapel of Leo X. 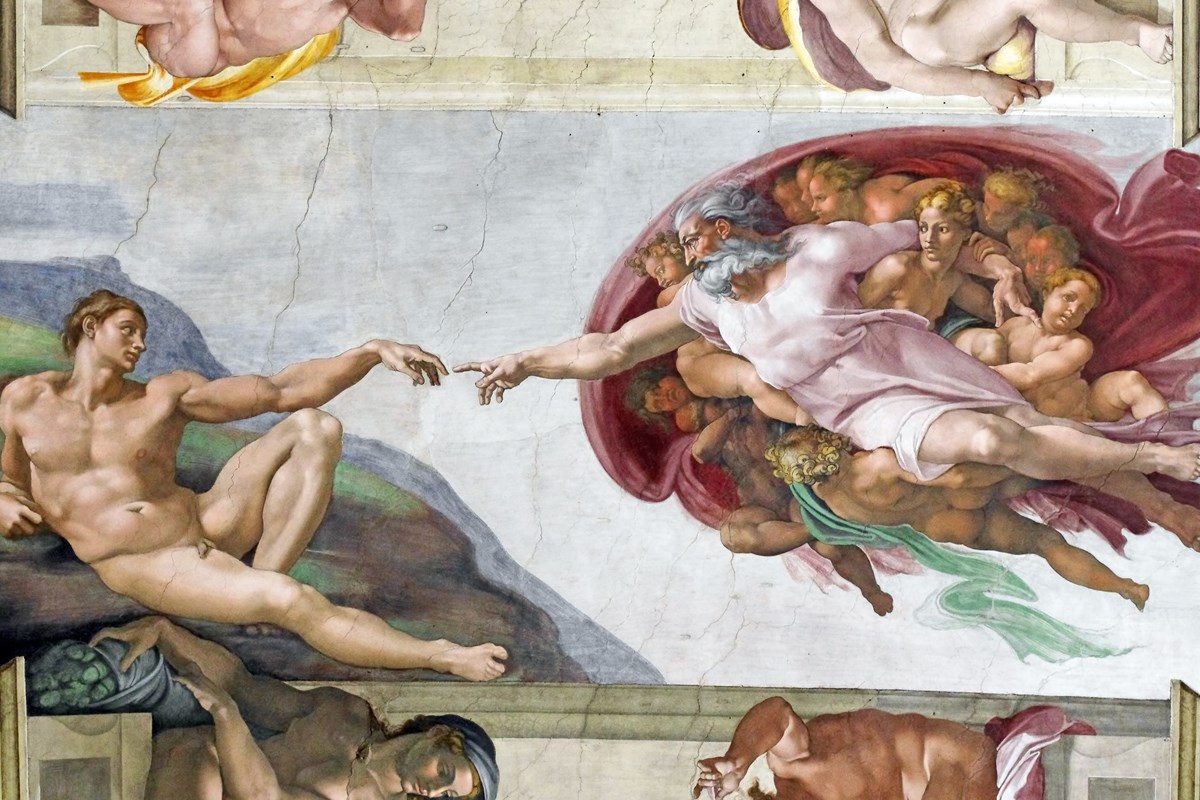 Another great artist from the Renaissance, Raffaello Sanzio da Urbino, better known as Raphael, was both a painter and an architect. Together with Da Vinci and Michelangelo, he forms the trinity of Italian masters of the Renaissance. He’s best known for his paintings, though he was also involved in work like the creation of St. Peter’s Basilica. Although most of his designs for the basilica were scrapped when Michaelangelo took on architecture duties, many sketches and frescoes remain.
Vatican Museums: There are four Raphael Rooms forming a suite in the Apostolic Palace, full of frescoes by the master and his disciples.

A sculptor and architect, Bernini is perhaps the best known artist of the Baroque period, credited with inventing Baroque sculpture. He worked under three Popes (Urban VIII, Innocent X and Alexander VII) in a variety of urban projects designed to embellish Rome, and the city remains all the more beautiful because of him.

Much like how Bernini is considered the father of Baroque architecture, many think of Caravaggio as the man who shaped what would become the painting style of that period. His dramatic use of light is often seen as the key to Baroque art’s chiaroscuro (dark and light). Highly realistic and with a keen eye for the human condition, he was highly influential in the work of many artists of the next generation, including Bernini himself.

How long does the Bernini tour last?
About 3 hours

How large are groups in the Bernini tour?
This is a private tour, so only those accompanying you will be in it. The maximum group size is 8 travelers.

What are the COVID-19 safety measures in the Bernini tour?
All travelers and tour guides must wear face masks in public areas, and social distancing is enforced. The staff is also required to regularly wash their hands 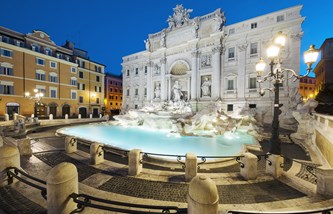