Built more than 1800 years ago, the splendid Pantheon still stands as an aide memoire of the grand Roman Empire. The name Pantheon refers to the building’s original purpose as a sanctuary for all the pagan gods.

The original Pantheon was built in 27 BC. But in 80 AD, a great fire raged Rome, which among other Pantheon destroyed. Between 118 AD, the Pantheon was rebuilt by the order of Emperor Hadrian but this time in an entirely different, circular design. It was completed seven years later, in 125 AD. 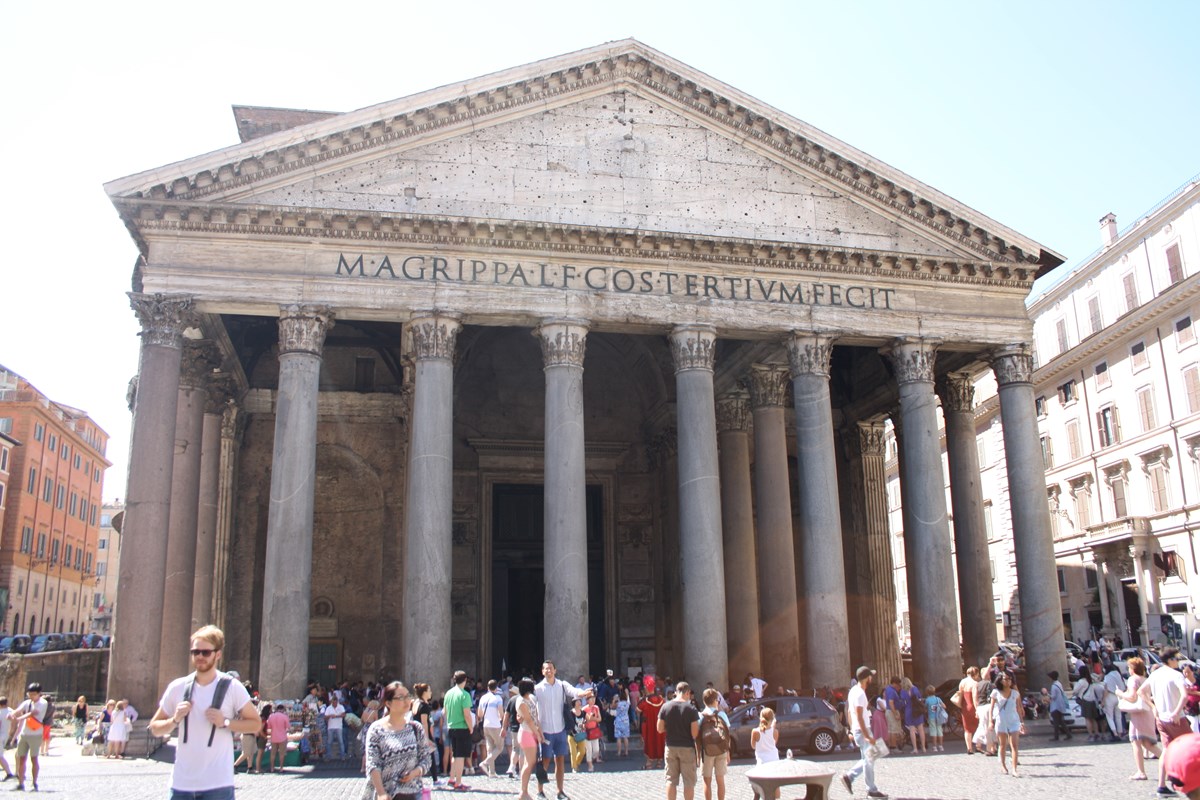 In 609, the Byzantine emperor Phocas gave the building to Pope Boniface IV, who transformed the Pantheon into a Christian church and consecrated it to Sancta Maria ad Martyres, now known as Santa Maria dei Martir. Since the Renaissance, the Pantheon has been used as a burial place. It was a cemetery for important Romans.

If you see, the Pantheon stands on the wall in large bronze letters Marcus Agrippa, Lucii Filius, Consul Tertium Fecit that could be translated as Marcus Agrippa, Son of Lucius, Consul Three times, Built this. The bronze letters of the inscription were originally added during Hadrian’s rebuilding, as the original incised marble inscription was considered more intricate to read (understandably).

Yet there can be said with certainty that the current Pantheon was built in the time of Emperor Hadrian. The reason that his name was not on the front left was to avoid offending the Senate.

The Pantheon has gone through so many natural disasters that caused its damage; yet, it has always been restored. In the course of the years, however, the bronze was looted from the buildings and the statues were melted for the metal. The inscription on the Pantheon was removed . Just like what happened to the Triumphal Arches and the monumental structures, it was melted down to be used for the canopy over the burial of Peter, which is found in St. Peter’s Basilica and guns for the Castel Sant’Angelo.

The letters were later replaced, and the blueprint was used as a model for the writings on churches and civil buildings. It is part of the restorations of the 1890s. They were the foundation model for the current field of typography. 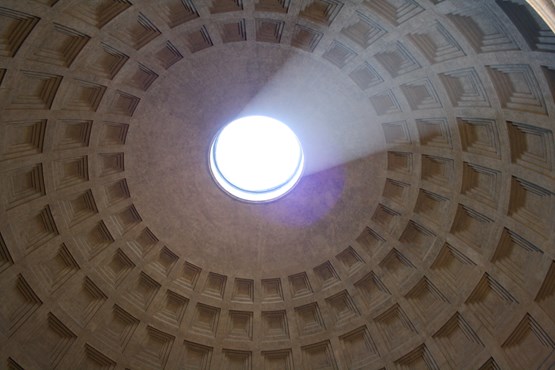 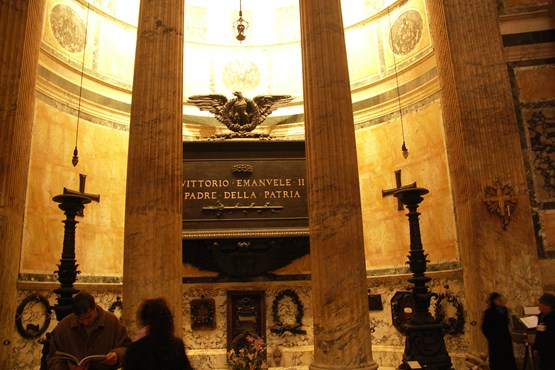 Today, the building is still standing at a standstill despite the lapse of time. Instead of rectangular, as one is accustomed to most temples, the Pantheon has a round shape. The dome has a diameter of 43.30 meters. The porch is 33 meters wide, the walls are 6.2 meters thick, The Ocolus is nine meters wide. At the front of the Pantheon are 20 columns
Archaeological excavations in the late 20th century have determined that the Pantheon built by Agrippa was completely destroyed in the huge fire of 80 AD,.

Earlier analysis based on excavations of the late 19th century had concluded that it faced south, with the entrance towards the Basilica of Neptune (see the image further below). The archaeologist decided that the plan had been a shortened T-shape, with the entrance at the base of the There is still much disputes over the shape and orientation, as some experts still accept the results of the 19th century.

Where is the Pantheon?
The Pantheon is located between Piazza Navona and the Trevi fountain. The nearest metro stop is Barberini line A. From there it is about an 8 minute walk

Are entrance fees requested for the Pantheon?
The Pantheon is accessible for free

Why is there a hole in the roof of the Pantheon?
The construction of the dome with a hole in it ensures that the Pantheon is protected against earthquakes. In addition, there is a beautiful light through this hole

When was the Pantheon built?
The Pantheon was built as a temple 27 BC. The building was later renamed a church

Is the Pantheon a church or a temple?
The Pantheon is a church, but it used to be a temple. When Christianity emerged as a faith, the Pantheon was renamed a church