Have you always wondered how or where movies are made? Do you happen to be a fan of Westerns and would like to see how they are done? Or you happen to be a film enthusiast? It is possible to know all about this and explore your passion at Cinecittà Studios.

What are the Cinecittà studios?

These film studios are the largest in Europe and additionally, they have the largest and most important collection of film and photo material about the film world in the continent. And the best part? They are cheaper than visiting Hollywood. 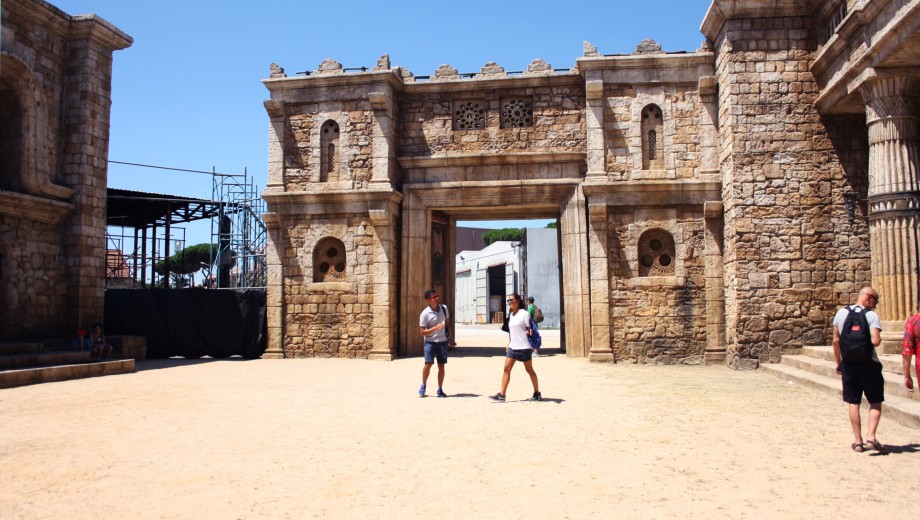 It is in these studios where several well-known films have been shot, such as A Roman Holiday, Ben Hur, La Dolce Vita, Cleopatra, Romeo and Juliet, Gangs of New York, the Passion of the Christ (Mel Gibson’s version) and more. As you can see, the studios are not only used for Italian film productions, but also for major American films. So it is very likely that a movie that you enjoyed was filmed in these studios!

One interesting insight is that it is possible to see how, in movies or shows, the production and direction make it look like the scenes are filmed in different locations when they are actually inside one same studio. There are some paths to the cameras at the top that were designed just to simulate that and also huge scenery. 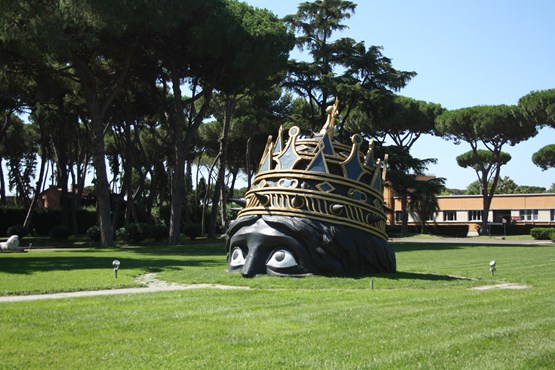 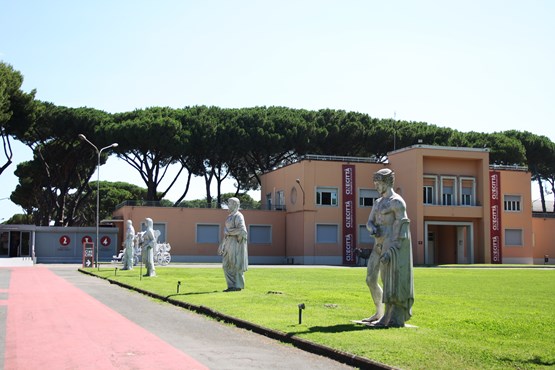 The story behind Cinecittà Studios

Cinecitta studios were founded in 1937 by Benito Mussolini, his son Vittorio and Luigi Freddi. They hoped that the Italian film industry would flourish thanks to these studios, after a fire destroyed the old film studio Cines. Their motto was “La cinematografia è l’arma più forte” - which translates into “Cinamatography is the most powerful weapon”

During World War II, the studios were bombed. At the end of the war, between 1945 and 1947, they were used as a refugee camp. Thousands of refugees lived here, divided in two camps. In one, there were the Italian refugees and in the other, foreign refugees, from countries such as Poland, Egypt, Iran and China.

After the war, the Cinecittà studios were rebuilt and resumed their activity for the movie industry. Several huge indoor and outdoor spaces can be decorated according to the directors’ requirements. It is even possible to fill a studio with water or fake snow! So while the Cleopatra movie seemed massive in production, the reality is that Egypt was displayed in a relatively small set.

Cinecittà Studios are used mostly for TV shows and films. Since 2011, it is possible to visit exhibits and have guided tours. As a visitor, you are allowed to visit three exhibitions that introduce you to the world of film production. And it is not only fun for adults, but for kids as there are interactive activities available! With our children we visited the studios and got a tour and I must say that not only we, but also our kids were impressed by the built-up film sets outside and the stories that the guide told.

Hall 1
Hall 1 shows the origins of Cinecitta studios. The period from the 1930s to the Second World War up to the '60s is central. Federico Fellini, the director of La Dolce Vita, is particularly featured in this hall.

Hall 2
The first part in Hall 2 (Palazzina Presidenziale) shows stage dresses that have been used in famous film productions. For example, you will find the costume of Elizabeth Taylor in the Cleopatra movie! 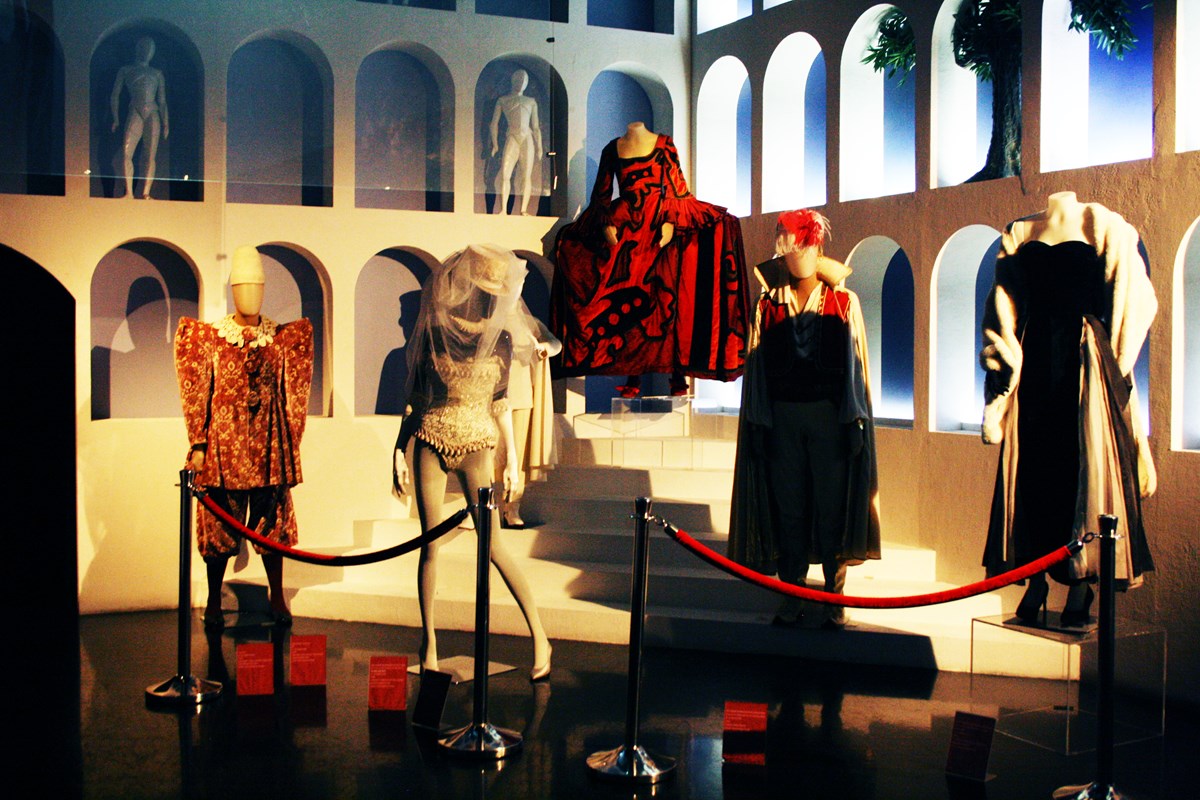 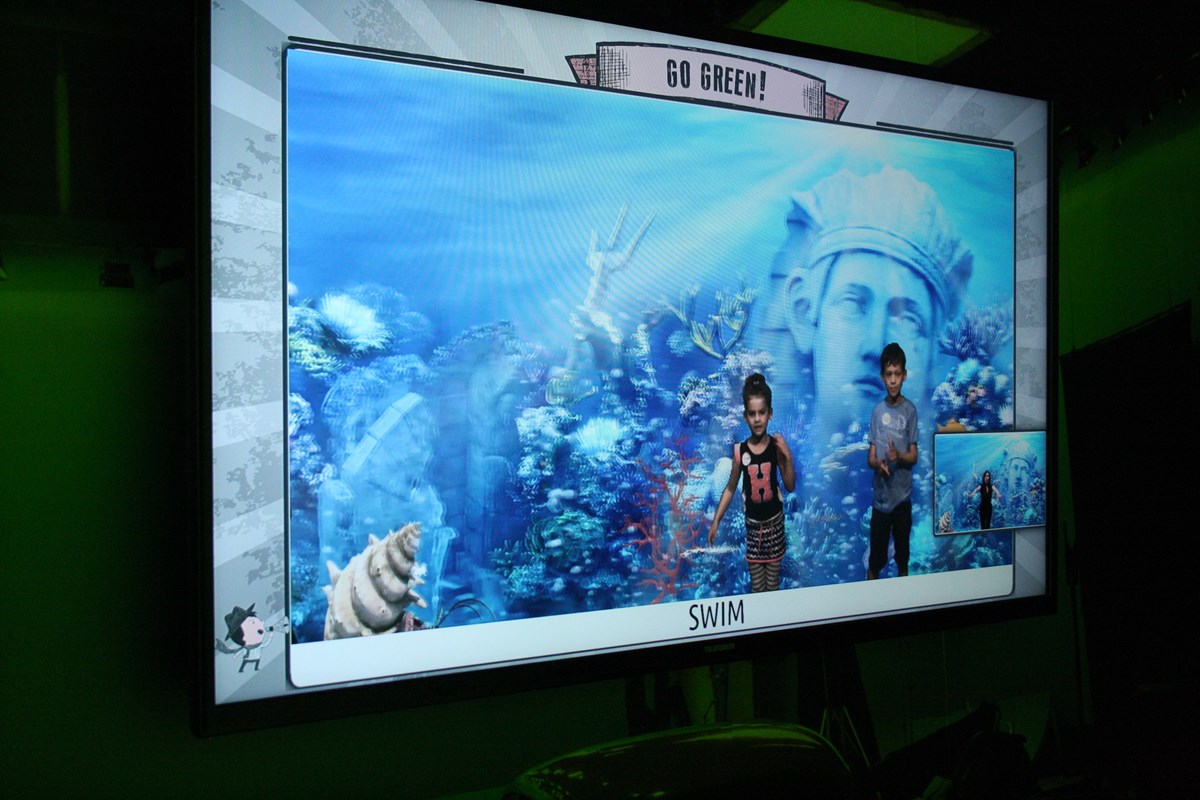 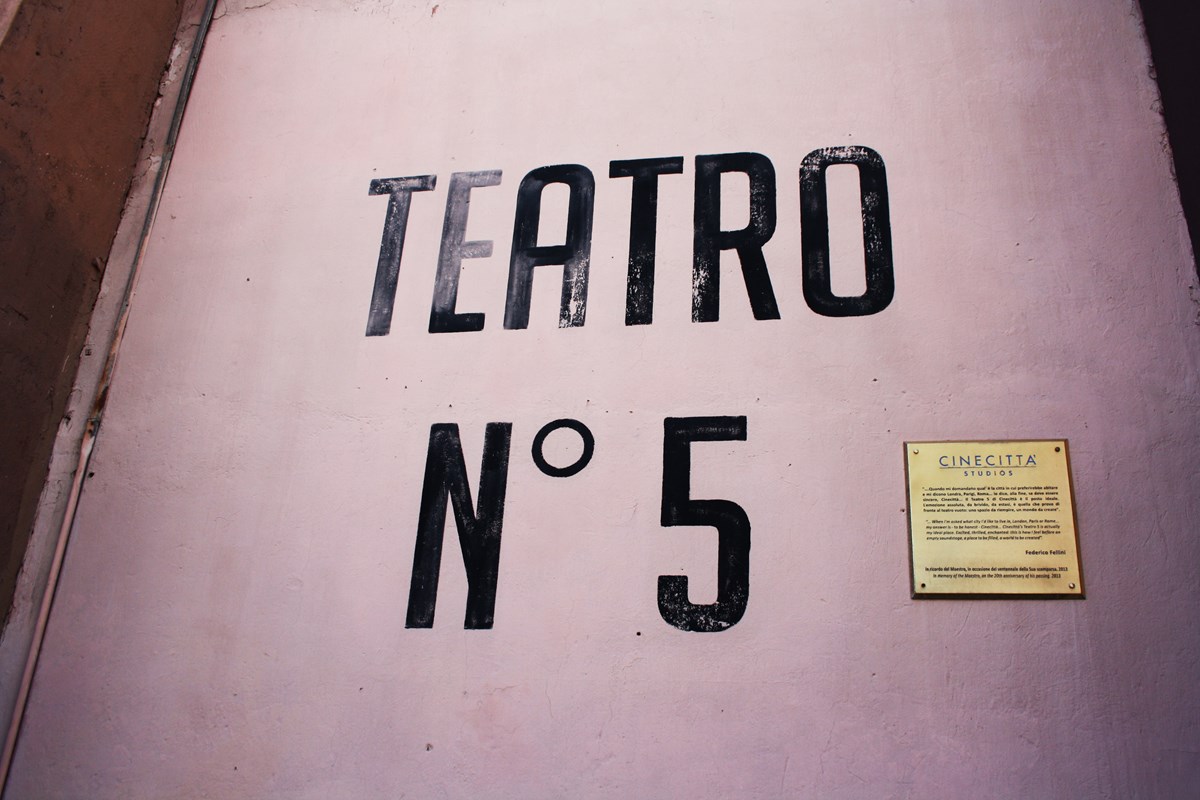 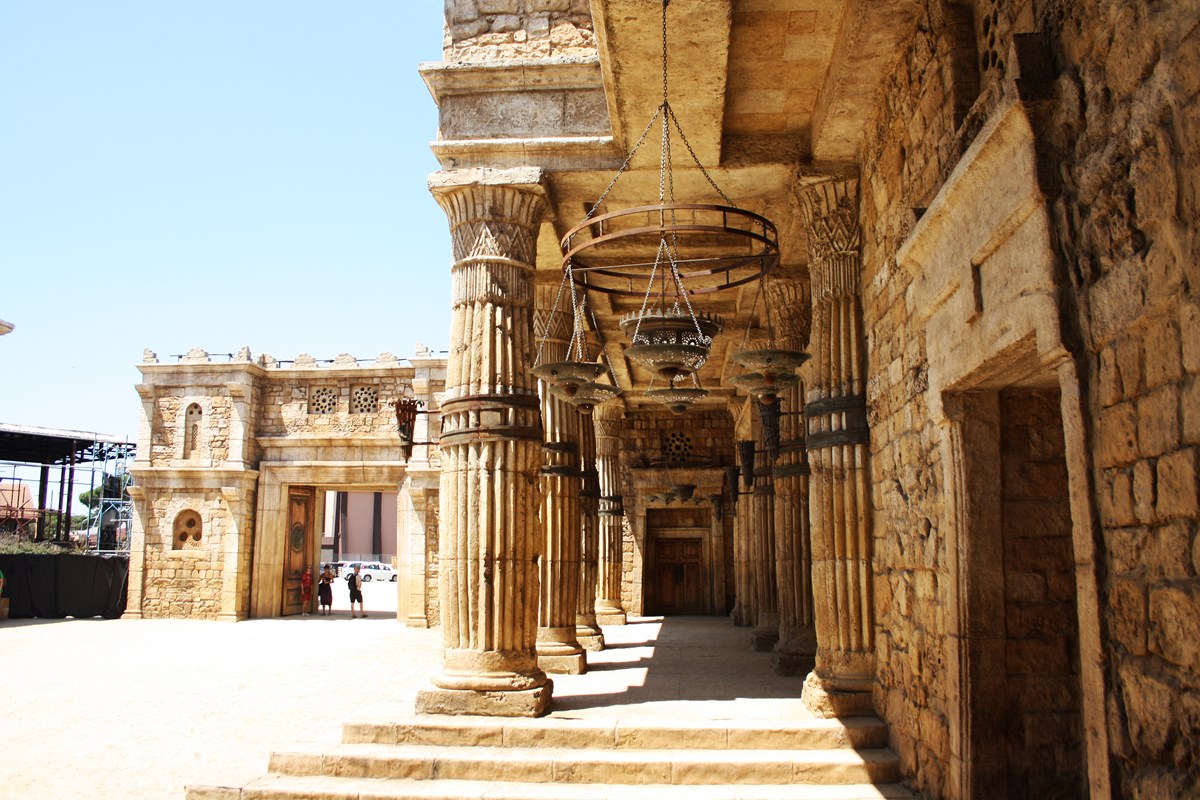 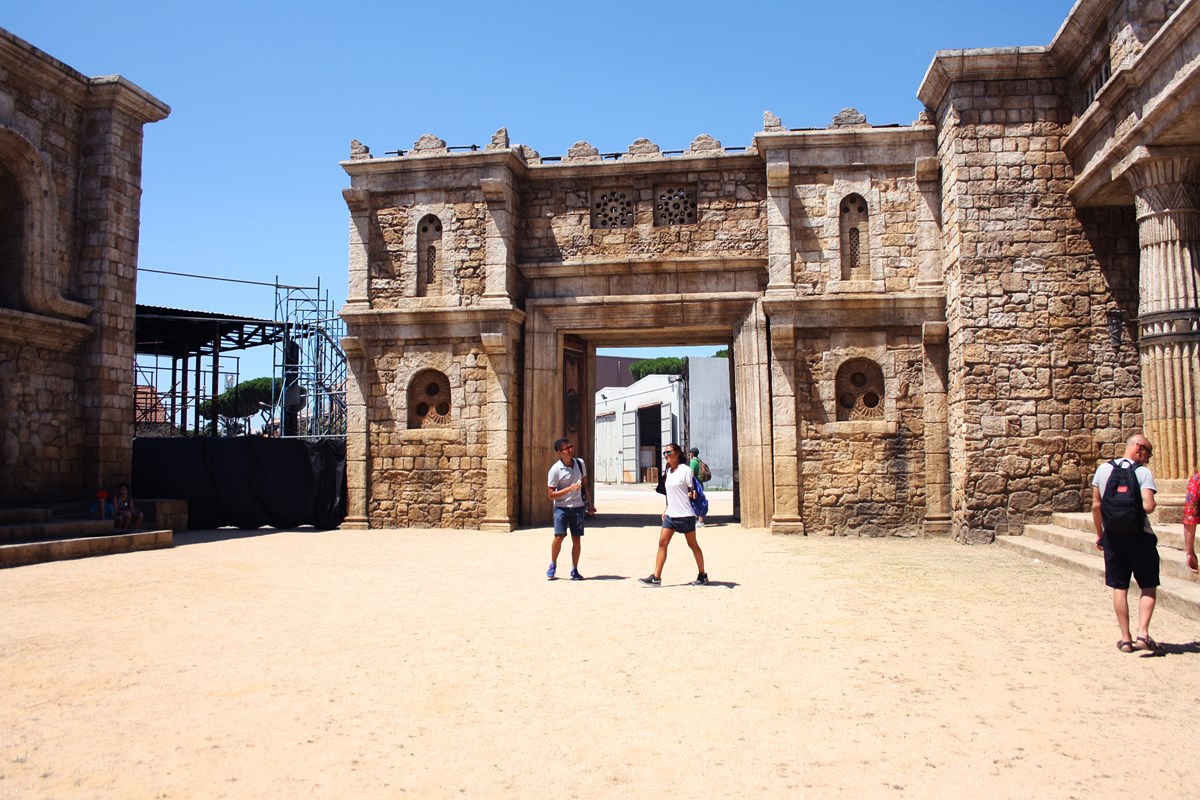 You go deep into the film production world! The entire space is decorated, giving you this awesome feeling of having stepped into a movie.

If you continue through the hall you will enter the interactive part of the exhibition, which is one of our favorites. Here you can project yourself in a movie via a green screen, record sounds in the sound studio or explore the submarine!

Our kids just couldn't get enough of the green screen. They were in front of a green screen, but on a screen they got a completely different background, making it look like they were in a movie.
In addition, you will notice that this exhibition highlights the filming years of the Cinecitta studios from 1943 to 1990. Films such as Roman Holiday and Ben Hur are featured as well.

Besides visiting the exhibition areas, you can also take a tour of the studio in English or Italian yourself, which will give you a good understanding of everything that has happened in the studios.
The guide will show you the studios and two outside sets: the “Temple of Jerusalem”, built for the film The Young Messiah; and “Florence in 1400” , built for the movie Amici Miei-Come Tutto ebbe Inizio. In the past there were three sets, but unfortunately one of the exterior sets was damaged by a fire. The plans are to rebuild it and make it what it was before – an Ancient Rome looking set. 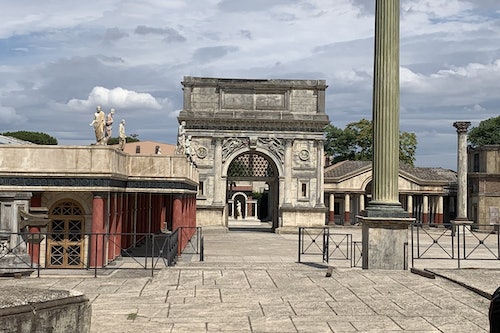 Discover all about the world of cinema as you walk around Italy's largest movie studios. Not only were Italian movies shot here, Cinecittà was also a popular film studio for American westerns and historical movies. In the museum of the studios, the movie world comes alive with photographs, costumes and a green screen. In the open areas of Cinecittà, you can visit some of the film sets. During World War II, the studios were used as a shelter for refugees.

What can you do near Cinecittà Studios?

Not only there are a shop and a restaurant near Cinecittà Studios, but these studios have the advantage of being very close to a shopping center (it only takes a 3 minute walk). If you are tired or need a break after visiting so many museums and old monuments, we recommend you to plan a day dedicated to Cinecitta Studios + Shopping. It is fun, relaxing and fit for the whole family. 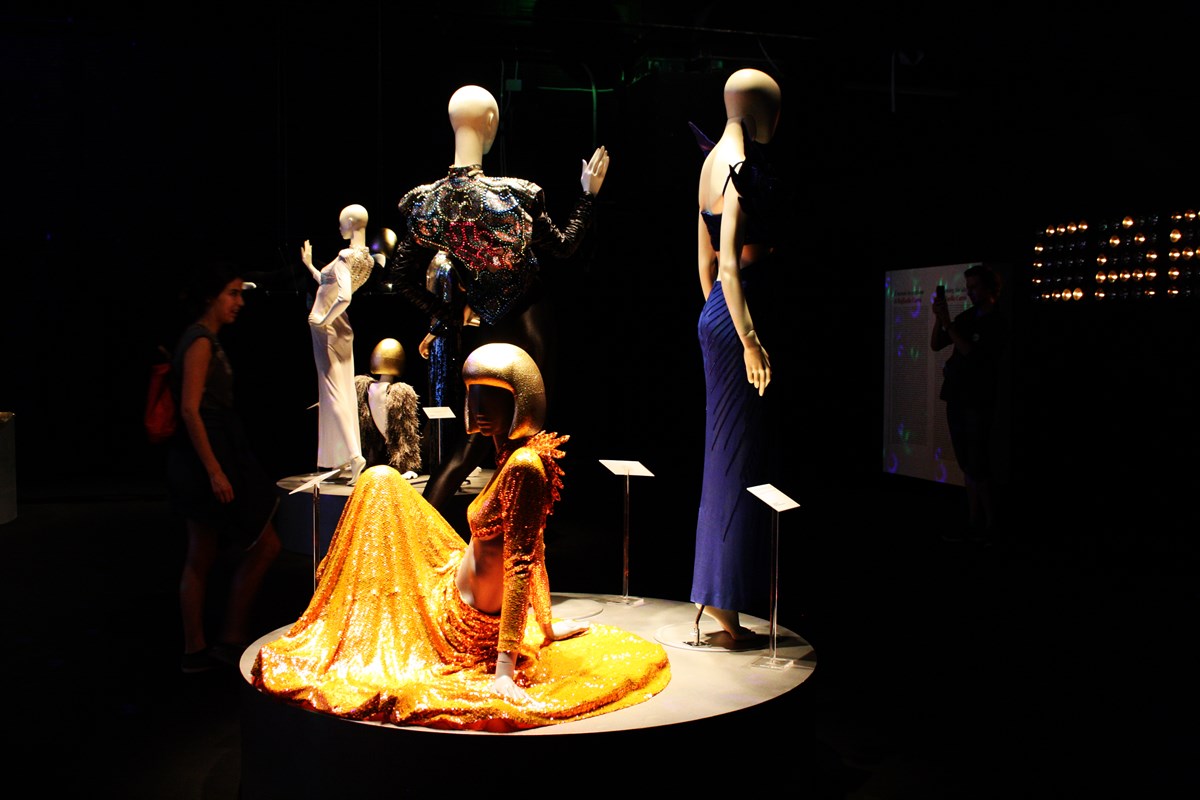 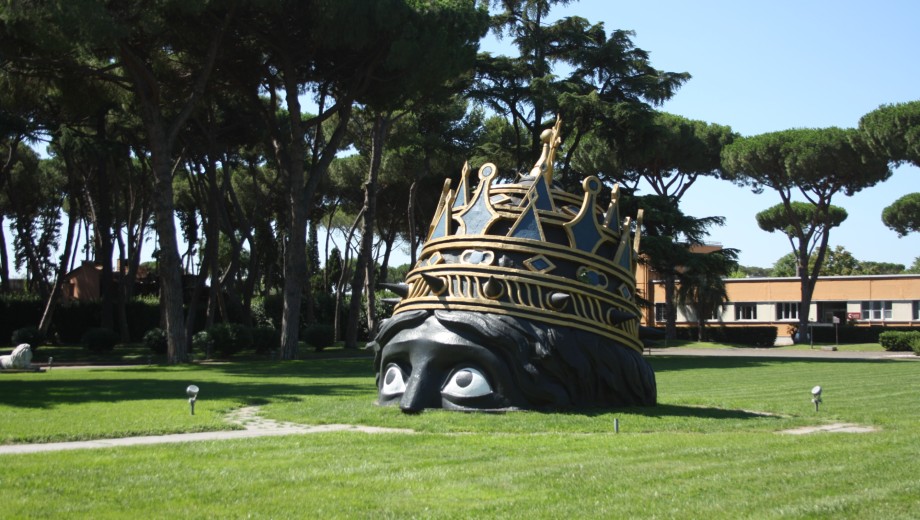 If you are going by foot or bicycle, please keep in mind that there is too of a long distance from the center, where the main attractions of Rome are, to Cinecitta Studios. Therefore we recommend you to take public transportation or a car.