The Rome Metro, called Metropolitana di Roma in Italian, is the Eternal City’s main medium of public transport. It began its operation in 1955, making it the oldest system of its kind in Italy. Below, you’ll find a thorough guide to this most essential piece of Rome transportation, with plenty of travel tips and a Rome metro map!

Although Rome is a vast place, its metro is relatively small, and it’s among the smallest among European capitals. Since there’s millennia worth of history in the aptly nicknamed Eternal City, it often happens that excavations for the Rome metro need to stop due to newfound archeological sites. Similar issues occur in other ancient cities like Athens and Mexico City. 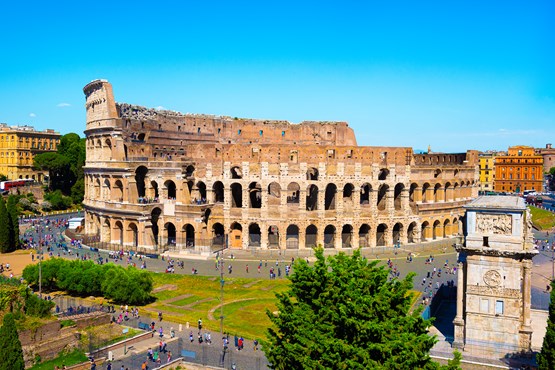 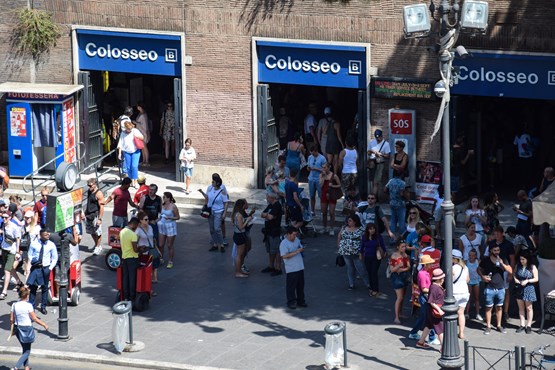 What do I need to know about the Rome Metro?

• Schedule. The trains run daily from 5:30 am to 11:30 pm. On Saturdays they run from 5.30 am to 12.30 am. A train reaches the station every 5 to 7 minutes.
• Safety. The metro is generally safe at any time you use it. However, it’s important to keep in mind that Rome is a very touristic city and that leads to pickpocketing. You should take some general precautions to avoid this wherever you are, like being a little more aware of your surroundings.
• Lines. Currently, the Rome metro consists of three lines: Line A (red), Line B (blue), and Line C (green). Among them, they operate on 60 km (37 miles) of route within the city, with 73 metro stations.
• Tickets. You can purchase tickets inside Rome metro stations, as well as newsstands and many corner shops. The best plan if you’re looking to use a lot of public transportation is to buy a travel card.
• Prices. At the moment of writing, you can find tickets ranging from €1.50 one-way tickets to annual passes of €250. 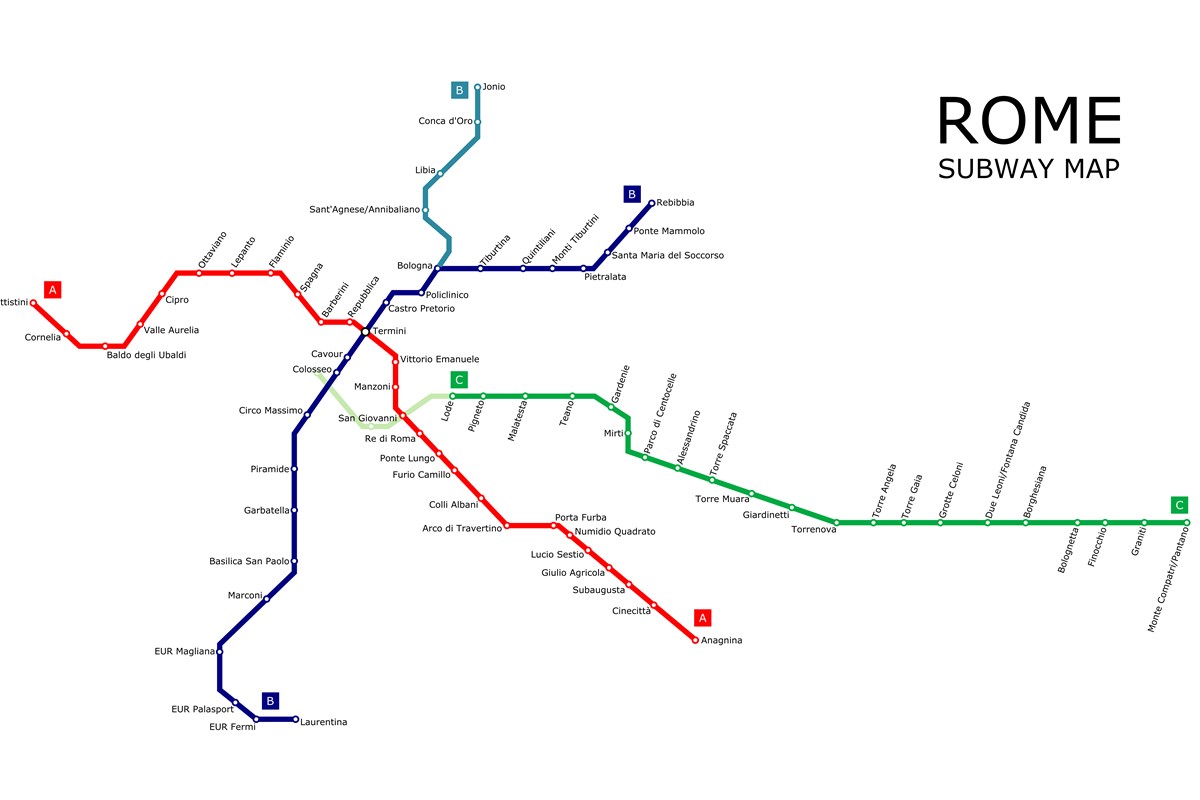 What will I find on Rome metro lines?

Seeing as it is quite small, navigating the Rome underground is very straightforward. The main thing to remember is that Roma Termini is the connection point between lines and just about every other transport in the Eternal City. That includes airport transfers. Line B has a branch that leads to Fiumicino Airport; if you arrive from Ciampino, you can take a city bus to Anagnina and then the metro.

Out of the three lines, only A and B are completed, while the plan is for Line C to be finished in 2022. However, there have been several delays due to new discoveries during excavations. Rome has many layers, even underneath the earth, so it can be difficult to navigate maintaining the city’s legacy while also creating modern new metro lines.

Below, you’ll find a quick guide of which metro stations will get you closer to important landmarks. The two completed lines, Line A and Line B, are the ones that pass through the most landmarks, and both connect to Termini. Line B is the one with most stations connecting to Ancient and Imperial Rome sites. Meanwhile, Line C goes through more areas of interest to locals. 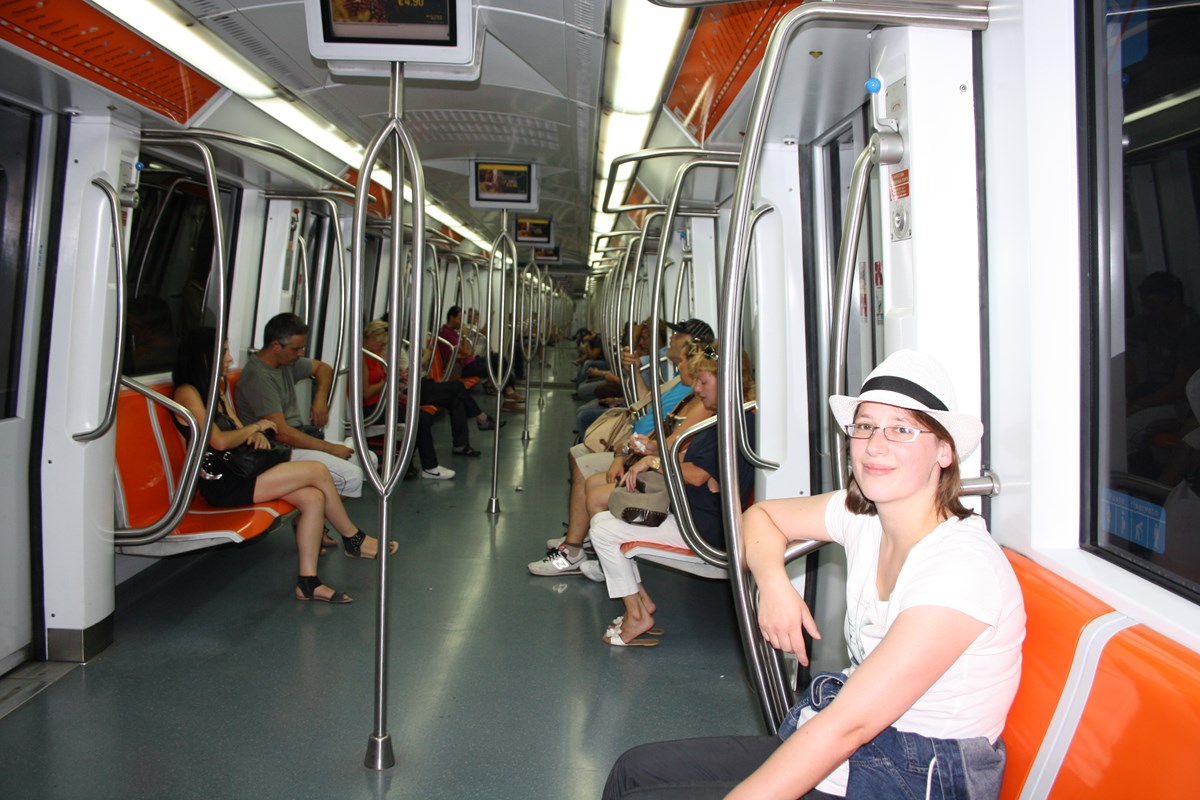 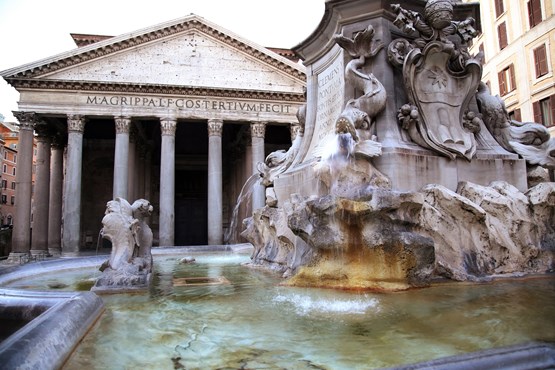 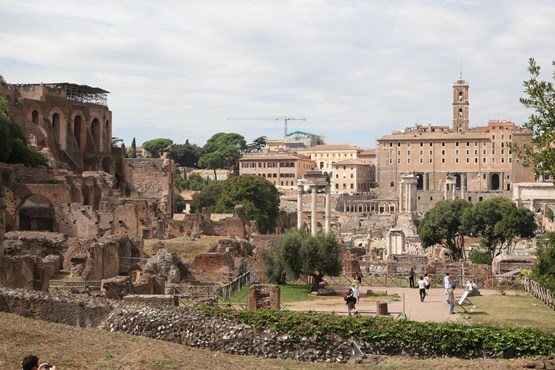 • Fontana di Trevi. You can find the most iconic of all Roman fountains on Barberini station, on Line A. The station will also get you close to other famous fountains like the Fontana del Tritone and the Quattro Fontane.
• Spanish Steps. The closest station is on Line A and you cannot miss it because it is named after the landmark, Spagna. Piazza di Spagna is at the bottom of the steps, so you’ll reach it through the same station.
• Piazza Navona. The nearest metro station is also Spagna on Line A.
• Villa Borghese. Line A’s Flaminio will get you close. It’s also near Piazza del Popolo and Pincio Garden. 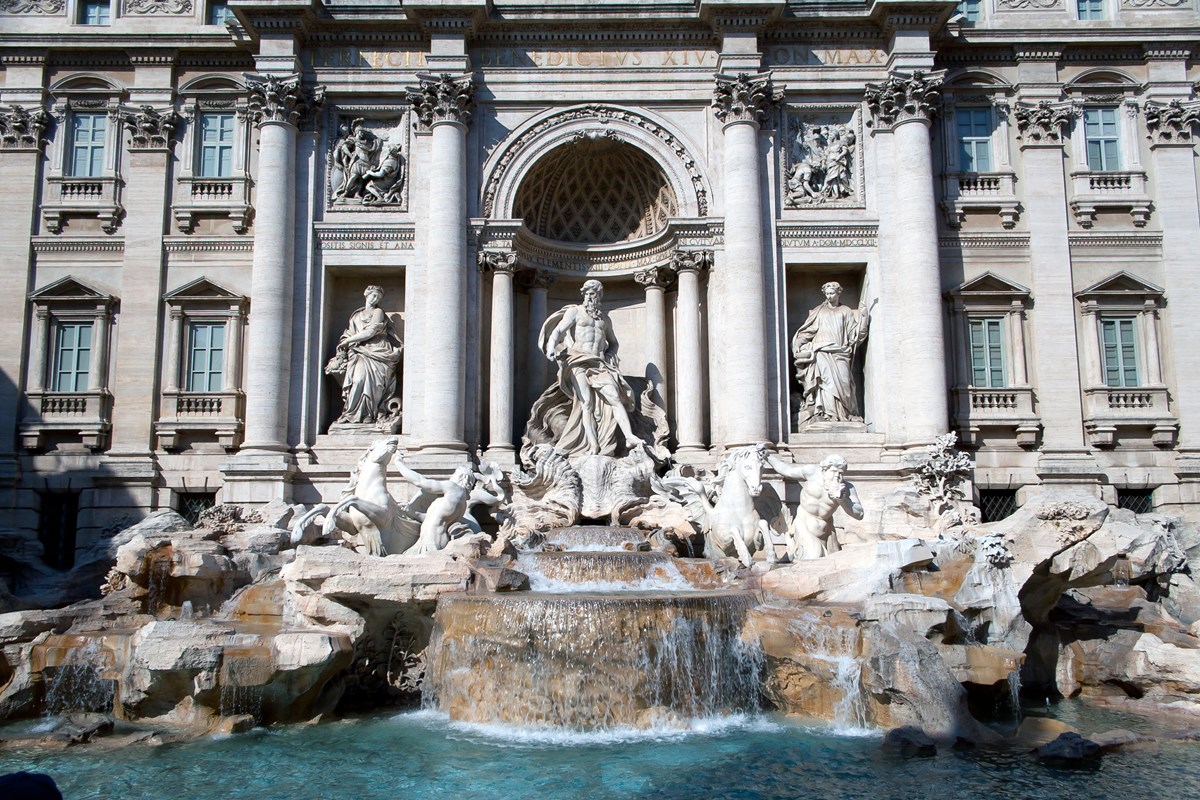 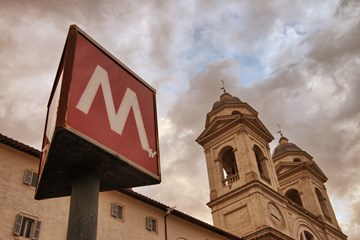 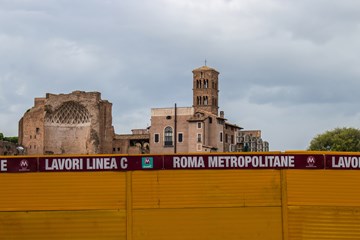 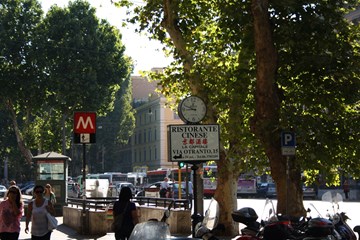 Everything you need to know about the Rome Metro Card

In an effort to become more environmentally conscious, the Rome metro has come up with a nifty solution: free rides for recyclers. Starting in 2019, locals can add bottles to recycling machines on the metro and receive tickets from them.

It takes 30 recycled bottles to earn a one-way ticket, so it’s mostly directed at locals and expats living in the city. There are two city-approved apps for this, MyCicero and TabNet, both of which keep track the number of bottles you’ve added to the machines.

The program remains experimental, so it hasn’t been implemented city-wide. You can find the machines on metro stations Piramide (Line B), San Giovanni (Lines A and C), and Cipro (Line A).

Where can I buy tickets to the Rome metro?
You can purchase tickets inside the stations, corner shops and newsstands throughout the city.

Which metro station is near the Colosseum?
Colosseo station, on Line B, will leave you exactly on Rome’s most famous landmark.

How big is the Rome metro?
It’s one of the smallest metro systems in Europe with only 73 stations. 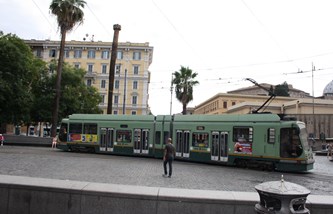 Rome possesses the largest tram network in Italy. Currently, there are six active tramlines in Rome. Although you would probably travel with bus or metro, sometimes it will be nice to take te tram. Read more...... 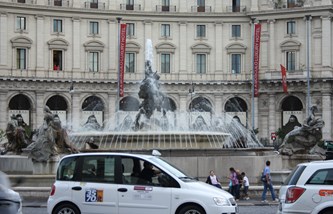 Several taxis are available at the Termini but be sure to take the legitimate ones! You can find many taxi stands around Rome. Read on for the rates of taxis in Rome. Read more......