Welcome to one of the most famous locations in Rome! The Spanish Steps are a symbol of the joyful side of the city. Not only is it a popular destination among tourists, but it is also a meeting point for locals. From the morning to late at night, there’s a constant stream of people going up and down or simply resting around the fountain on Piazza di Spagna (Spanish Square) below the steps. At the foot of the steps, you will usually find painters, caricature artists and street vendors.

The monument is built in Baroque style, with a total of 135 steps, alternating with large terraces. The church at the top of the steps is called Trinità dei Monti and its construction, just like the steps, was funded by the French monarchy. The steps were actually built to connect the church with the square below. It was the only possible solution to the problem of the steep and wide drop between the church and the square.

After some initial disagreement between the Pope and the French financiers, the project was assigned and carried out by Alessandro Specchi and Francesco De Sanctis. The design of the two architects is a perfect example of Baroque art: aristocratic, opulent and somehow “entertaining”. When you climb up the steps, you discover new perspectives, and the monument slowly unveils its magic, just like a theater stage.

According to the original project, the monument had to include a statue of the French king Louis XIV at the top of the steps, but the Pope strongly objected this plan, and the French financiers had to abandon this opportunity to celebrate their monarchy, right in the center of the Eternal City. 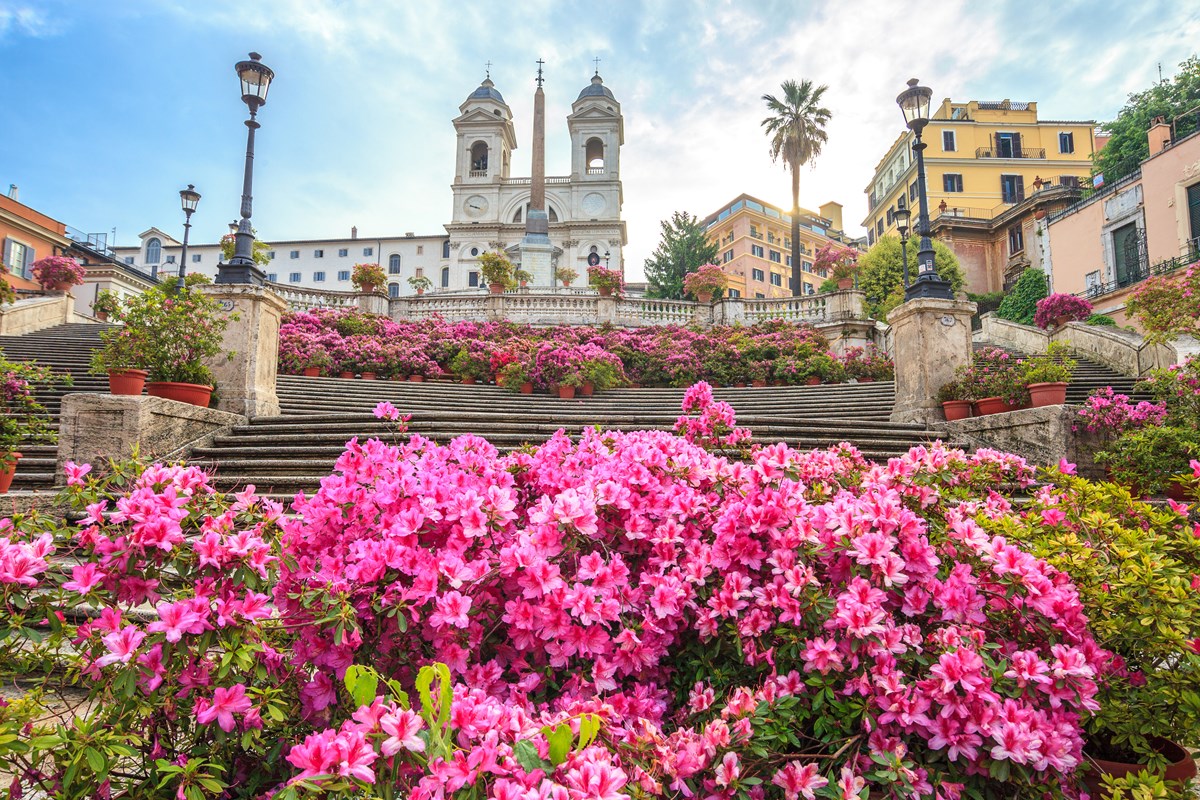 During spring (and more specifically from the beginning of April to mid May),  the steps are decorated with hundreds of colored azaleas. It’s the feast called “Infiorata”, a Baroque tradition that also belongs to other towns and cities in Italy, from north to south, when the streets are covered with artistic compositions entirely made of flowers.

Discover Who Came to the Spanish Steps Before You!

This monument has been used as a location for movies, fashion shows, events and celebrations. Also, it is where many artists have come to find inspiration.

The buildings at the side of the steps have been the residence, among others, of artists such as Shelley, Byron and Keats. During his stay in Rome, Stendhal rented an apartment here, while Goethe lived nearby for a while, when he came to Rome during one of his trips. If you want to “breathe” the same atmosphere that charmed those personalities of the past, have a look at this page with hotels near the Spanish steps for the best accommodation options in this area.

Situated at the side of the steps, The Keats and Shelley House is a lovely museum dedicated to English literature. Each year, thousands of people visit these rooms where the two poets lived for a period of their lives. The place is full with original manuscripts, books and paintings and some of the original furniture.

Have you ever heard about the ill-famed Cagliostro? Giuseppe Balsamo, better known as the alchemist, occultist, but also cheater and scammer Count of Cagliostro, was hiding in a hostel overlooking the Spanish Steps while he was sentenced to life imprisonment for heresy. Apparently he was arrested here, on the steps, after being denounced by his wife, the beautiful, noble (and former accomplice) Lorenza Feliciani, who spent the last years of her life in absolute poverty. Legend has it that her restless ghost still wanders around this area. 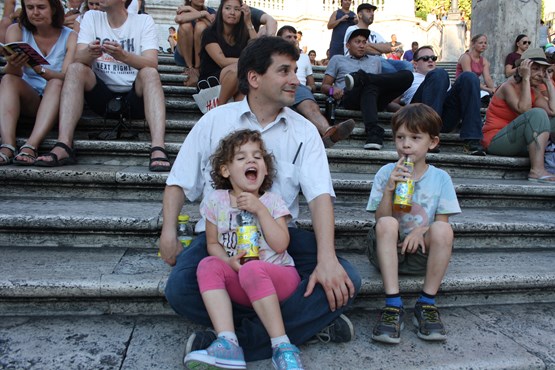 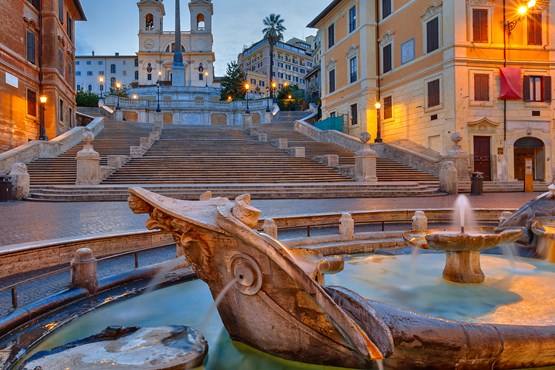 Fancy a cup of tea and a delicious pastry? At the bottom of the stairs, on the left hand side, there’s the entrance to Babington’s, the most famous tearoom in Rome. It was founded about 125 years ago, by two noble women, Isabel Cargill, the daughter of the founder of the city of Dunedin, New Zealand, and Anne Marie Babington, who descended from Anthony Babington, who was charged and executed for conspiracy against Queen Elizabeth I.

At the time, tea was not a common beverage in Italy, and the two lady entrepreneurs therefore took a big risk. It was a great success! Today, the venue still keeps the charm of the past, and will surprise you with its unique blend of home made cakes and pastries. The prices are not exactly cheap, but it’s definitely worth a visit. 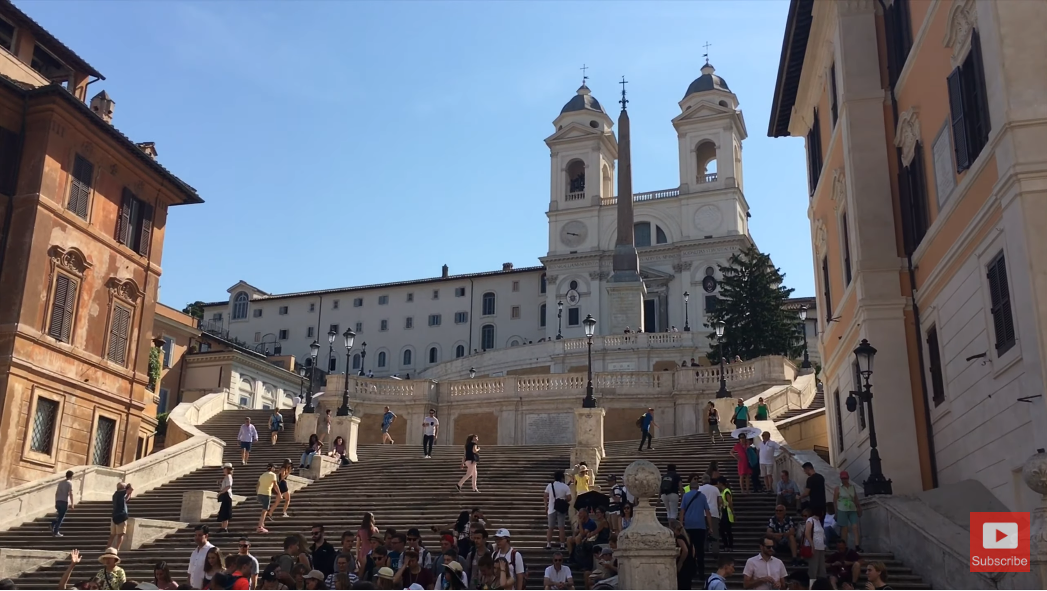 The Restoration and the New Rules

The steps have been completely restored thanks to recent funding by Bulgari, the Italian jewelry and fashion house. In order to preserve the restored monument, the current city council has forbidden to sit, eat or drink on the steps. Local police always monitor the area. They are usually quite friendly and will not necessarily fine you on the first warning.

The new rule is strongly opposed by the locals, but also by some intellectuals and personalities, who believe that the monument should be protected against vandalism, but this sounds a bit too much like a “draconian law”. Who knows, maybe the next administration will decide differently. After all, the future history of the city has yet to be written.

What are the Spanish Steps?
The Spanish steps are steps between the church of Trinità dei Monti and Piazza di Spagna. These stairs are a popular hangout

How do I get to the Spanish steps?
You take the metro line A and get off at the Spagna stop. From there it is a minute walk to the stairs

What is near the Spanish Steps?
The Spanish steps are located between Piazza di Spagna and the Trinità dei Monti church. The Villa Borghese park is nearby 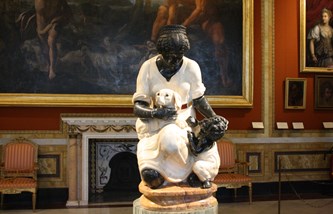 Discos and Clubs in Rome

You can enjoy nightlife in Rome because of its great number of small to large bars and clubs. The clubs feature various styles and genre of music like jazz, blues, techno, and house. Read more......