Are you a fan of movies, to the point of feeling submerged in a story? If the answer is yes, then Cinecitta World is the right place for you! This fun Italian amusement park is a great place for fans of movies and anyone looking to have a different time in the Eternal City. With its fun attractions and shows, it is also one of the reasons we always say Rome is more than ruins. This is the kind of theme park in which you can let your infinite imagination flow. It’s also a fantastic plan for the whole family!

For many decades, Cinecittà Studios was a world-renowned powerhouse. Famous actors and directors from Italy and everywhere else would film in their lots. Italian masters like Federico Fellini, Sergio Leone and Ennio Morricone filmed here, as did American artists like Martin Scorsese. In its prime, it was the largest film studio in Europe and one of the most popular. Following that tradition, the aptly called Hollywood on the Tiber created a theme park, about 25 km west of the original Cinecittà Studios. 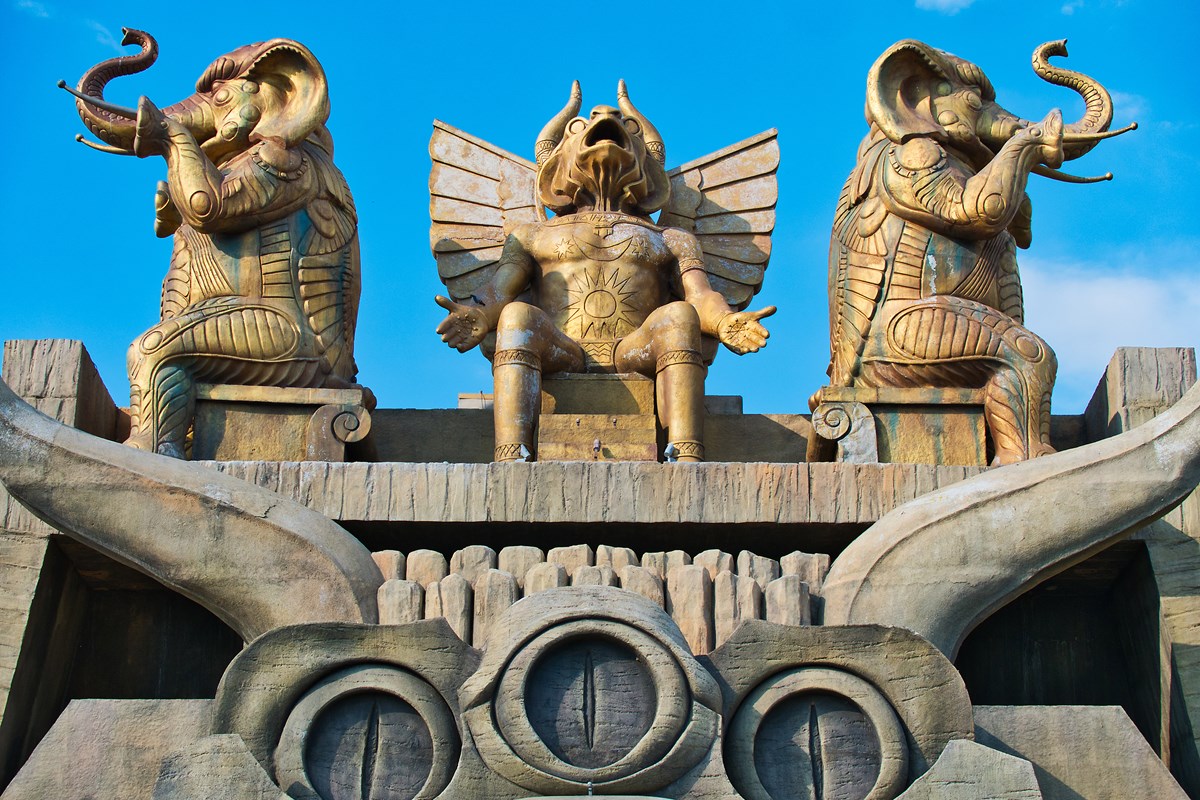 What is Cinecitta World?

Cinecitta World is a cinema and television theme park in Rome. It opened in 2014 on the former site of a movie studio. Back in the 1960s, the place, then named Dinocittà, was built and operated by legendary Italian producer Dino De Laurentiis. It was the site of a few productions from the golden era of Italy’s film industry, as well as some international productions with big stars like Elizabeth Taylor and Richard Burton.
Nowadays, the terrain is a constantly growing amusement park. The look and experience was created by Academy Award winner Dante Ferretti, the production designer who built it to be highly immersive. Cinecitta World makes visitors go through such an intense atmosphere that at some point, many have trouble differentiating reality from fiction. People can travel into an imaginary world, and participate like actors, directors and more.
Next to Zoomarine, Cinecitta World is one of the most fun attractions for the whole family that isn’t about ruins. It’s the biggest theme park in Italy, solely dedicated to the film industry and everything that surrounds it. It has over 300,000 sq meters, built in Castel Romano.

What Can You Find in the Cinecittà Park?

The areas featured in the park include 8 cinematographic sets, 40 fantastic attractions, 8 movie-themed restaurants and a few shops to purchase souvenirs to remember your time here. Everything is right inside the park.

Inside, you’ll also find the lovely Cinecittà Street, based on 1920’s New York. It’s a great area for all lovers of vintage, nostalgic grownups and willing kids. But besides being all about nostalgia, you can also find fun activities like bandit duels based on the movies from those days. It’s the cat’s meow!

Not only Cinecitta is ideal for people who love to submerge into memories: it’s also a marvelous experience for the little ones. In fact, smaller kids have a special zone to create and cook up their own dreams and fantasies: Sognolabio.

Besides these particular attractions, you can find different attraction park machines such as two roller coasters. So if you are up for adrenaline, then you can actually visit this part of the park. Other attractions include cars for children to drive their parents around, a flying theater hosted by Leonardo Da Vinci, and even an Assassin’s Creed virtual reality adventure.

The amusement park is divided into seven areas, many based around film genres: 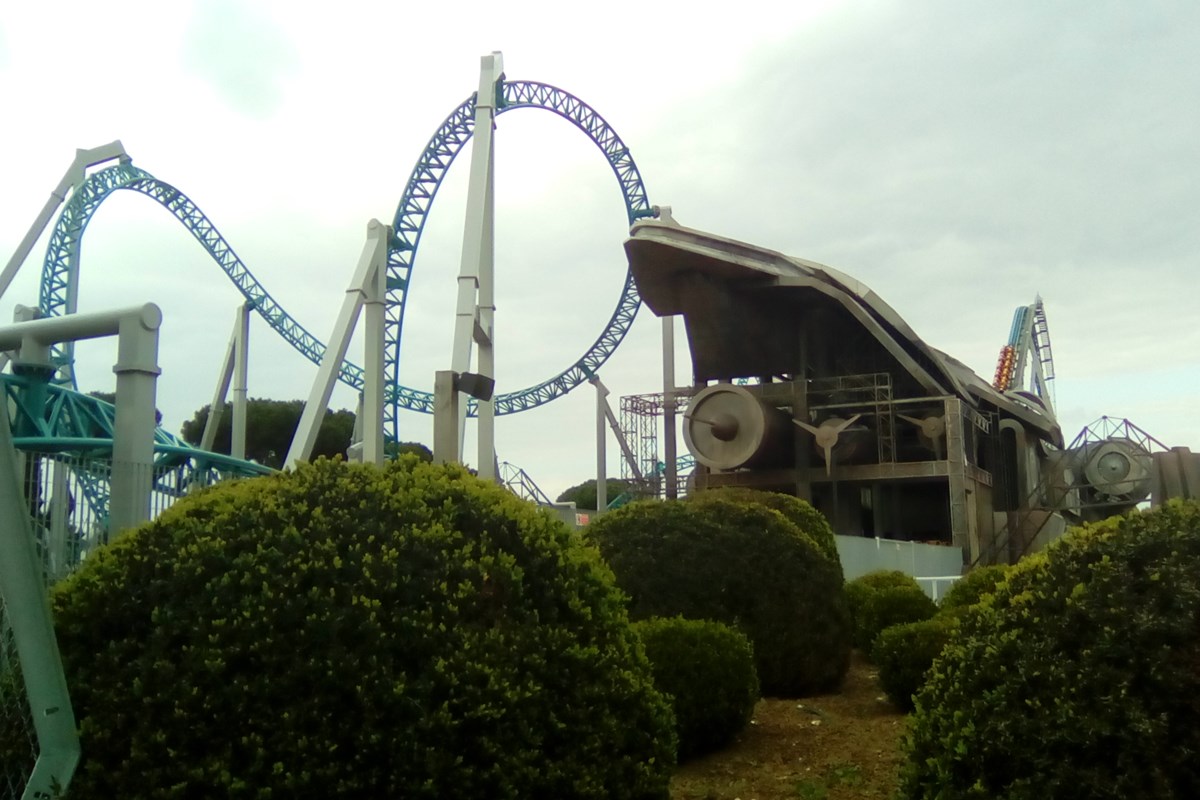 Don’t worry, the parks are fully covered for your comfort. Some of the key features include:

If you’re visiting around holidays like Halloween, Christmas and New Year’s Eve, be sure to check out their website. They’re sure to offer fun special activities! 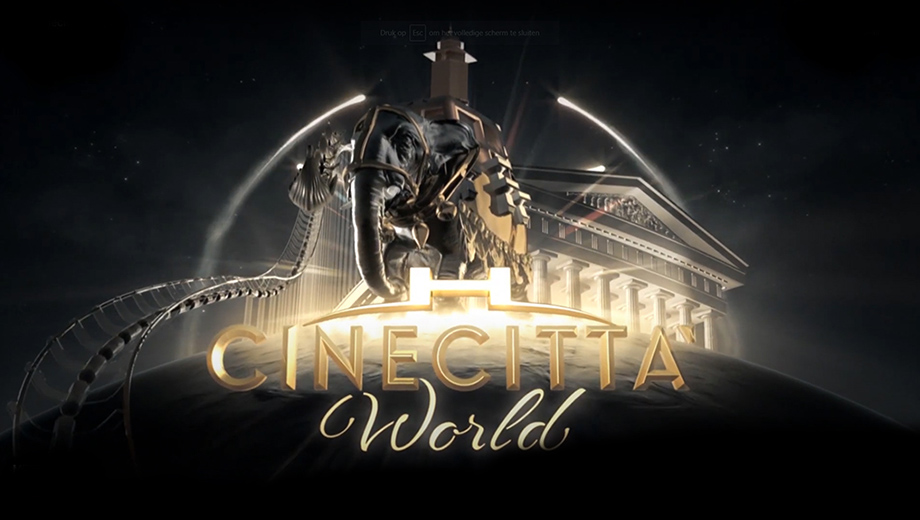 Roma World, a New Way to See the Empire

A recent addition to the Cinecitta World complex, Roma World is a full park dedicated to Ancient and Imperial Rome. Less focused on attractions and more on shows and experiences, here you can choose to live like a Roman. Visitors can dress up, eat and even sleep in the way people did in those days - even choosing to be a gladiator for a day!

Shop at the village market, sleep in the Camp Legionnaires' tents like Romans did 2,000 years ago, or experience the educational farm. The little guys in the family can also enjoy little gladiators lessons, archery, outdoor games, adventure courses and walks in the woods. A unique outdoors experience very unlike their everyday lives.

Movie fans will also find a place for themselves in Roma World: the Ben-Hur set. The original 1959 movie was actually shot in Cinecittà Studios. The film would go on to win 11 Oscars and become one of the most loved classics revolving around ancient times. And you can visit the actual sets now!

How to Get to Cinecittà World

The easiest way to reach the Cinecittà Park is by car, and there are plenty of places where you can rent one for your stay in Rome. However, this isn’t the only choice, as there are also shuttles, public transport and even car sharing options for anyone looking to reach the park. Imagine yourself on a movie set for a day, while walking around this amusement park. In addition to various rides for all ages, quiet rides and thrillseekers, such as a roller coaster and bumper cars, you have the chance to enjoy various shows. The park is divided into seven different themed areas. For example, in a day you can travel to ancient Rome, visit a futuristic planet and then go to an ice world. You can cool down in the pool or on the ice rink.

Are pets allowed on Cinecittà World?
Pets are allowed on Cinecittà World, provided they wear a leash. Larger dogs must wear a muzzle. They are welcome in external areas, though not permitted on the inside (such as attractions, indoor shows, shops and restaurants). The park provides a kennel service for owners to leave their pets during their stay and pick them up later.

Can you bring food to Cinecittà World?
It is strictly forbidden to bring food to the park. However, there are four restaurants and multiple kiosks inside the installations for guests to eat. They also offer picnic areas for guests who enjoy eating outside. Eateries have gluten-free options.

How many shows and attractions does Cinecittà World have?
The park currently offers 6 live shows for every age and 40 attractions, including roller coasters for fans of adrenaline and water attractions to freshen up in the summer months.

How many parks are there on Cinecittà World?
Cinecittà World is a single park but the ticket also includes entry to its sister theme park, Roma World. While the Cinecittà park is dedicated to cinema and television, Roma World has an Ancient Rome theme. Explora Children's Museum is a museum for our young visitors, where they are playfully introduced to science and history combined. The place is interactive Read more...... 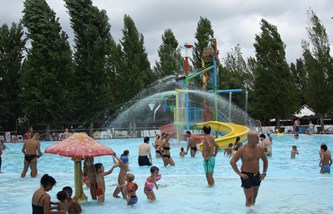 Zoomarine is a fantastic water park that offers a great combination of amusement park, swimming and zoo. Get online tickets with shuttle bus from Termini. Read more......